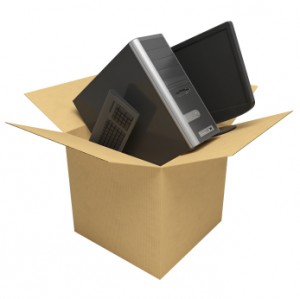 Earlier this week I ran across an interesting post over at The Finance Buff. In it, TFB wondered aloud about whether the refurbished Kindle that he bought was really a refurb, or if Amazon was just using the “refurbished” moniker as an excuse to sell some units at a lower price.

In general terms, the practice of selling the same goods at different price points is known as price discrimination, or price differentiation. The thinking here is that you want to sell as many units as possible at the highest price possible.

If some people are willing to buy at one (higher) price point, you want to get the higher price. But that might limit your market. Thus, if you offer an equivalent, but superficially distinguishable item at a lower price, you’ll grab more customers while still getting that first group to pay full price.

In the case of the Kindle, these are labeled as refurbs but are otherwise indistinguishable from a new item. Same packaging, same warranty, etc. The only noticeable difference (aside from the word “Refurbished” in the product description) was a lower price. So are they really refurbs? Who knows.

But does it really matter? If you are getting an item that you can’t distinguish from new, and which carries the same warranty protection, why should you turn your back on the refurb?

Some will argue that there’s a higher likelihood of failure in a refurb, and that might be true. Then again, if these are truly refurbished items, maybe they’ve already realized their probability of failure and have been fixed. Either way, you can save a nice chunk of change by going the refurb route.

Now… I have to admit that I’ve typically avoided refurbs myself, but I’m starting to rethink my stance — especially with something like an Amazon Kindle, which is backed by a very reputable and customer friendly company and comes with a full year of warranty coverage.

What about you? Do you buy refurbs when given the chance? If so, have you ever been able to tell the difference vs. new in terms of appearance or performance?

17 Responses to “Do You Buy Refurbished Items?”