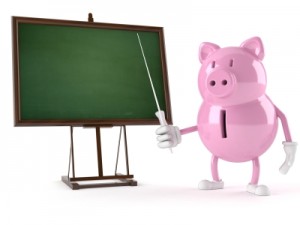 It was a typical evening in the mid 1980s, and I was working late at my job as an advertising copywriter in Chicago. Down the hall, a colleague named Mary, not many years out of college, was also toiling away in overtime. I could hear her in her office, humming, shuffling papers and twirling the dial on a desktop radio.

Suddenly there was a shriek, followed by footsteps briskly toward my office. “Jeff! Did you know about this? I just heard on the radio they’re bringing out a new credit card. You get cash back for purchases by using the card!”

Yes, it was the unveiling of the Discover Card (“The card that pays you back, ” as the oft-heard promotions promised), and with it a new era of earning points toward purchases simply by flashing your card.

This was big news to Mary, who dove into a chair in my office and explained she’d had a long history of using – and overusing – credit cards.

While in college, she related, she’d built up tens of thousands of dollars in credit card debt that later had to be settled by selling off stock bequeathed her by her grandmother. Why, I asked her, had she piled up such enormous sums of credit card debt as a student? Didn’t she think she’d have to pay it off?

“Well, you know, in college I was really popular, and I dated a lot.”

“Well, I dated a lot of guys who were pre-med and pre-law.”

And your point is?

“See, I figured I’d wind up getting engaged to one of them, we’d get married, he’d get a six-figure job and he’d just pay off all my credit card bills.”

The Goof’s Guide to Money

Why recall that conversation a quarter century later? Because it may have been the moment I began cataloging the daffy approach to spending so many Americans embrace. Call it The Goof’s Guide to Money Management.

Spend a little time watching, and on any given day you can see folks in little ways, big ways, and every way in between – many using credit cards as toys rather than tools – making the Goof’s Guide their personal fiscal Bible.

See the guy throttling past you on a city street, racing past $4-a-gallon-for-regular gas signs, so he can throw on the brakes and skid 200 feet to a stop at a red light? That’s goofy. How about the packs of folks wedging themselves in the doors of the local coffee house trying to beat each other to $5 cups of frothy hot liquids they could concoct themselves for 23 cents? That’s goofy.

And how ’bout the gal loading up at the mini-mart on junk food, lottery tickets, and cigarettes? That’s goofy, goofy, and goofy again.

That so many gain guidance from the guide is witnessed in the sprouting of casinos, the lines of folks itching to buy a new phone sure to be obsolete next month, and the tendency to start saving four decades after the start of earning.

No wonder credit card debt is so high

Multiply by the tens of millions who apparently use the Goof’s Guide as an indispensable reference wherever they go, and it’s no wonder that (according to IndexCreditCards.com) average credit card debt per household that carries a balance is $9, 858.

And what of Mary, my colleague once so sure she would wed a doctor who would cure all her credit card ills? Later, a few of our colleagues and I were guests at her wedding, watching her walk down the aisle to a groom who eked out a meager living as an entry-level chef. Sooner or later, we all have to come to grips with our goofy, goofy ways – cash back on purchases or not.

8 Responses to “The Goof’s Guide to Money Management”