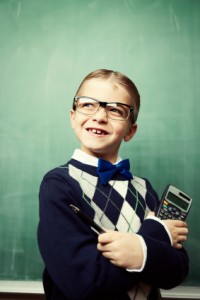 The best approach to financial security is to have a beginner’s mentality. By that, I mean that you should approach your finances as if you don’t have any answers.

You might be saying to yourself, “What is Neal talking about? Surely he’s talking about someone else, not me. I never behave like a know-it-all. Especially when it comes to money.”

Perhaps that’s true. I know plenty of people that don’t behave this way… Or at least they don’t behave like this most of the time. But everyone has an intuition about a stock once in awhile… Right? They “just know” this one is going to explode, so they put a big chunk of their savings into it.

Almost everyone I’ve ever spoken with thinks they know something that they really don’t. The consequences of this mentality can be catastrophic. In fact, more people have been wiped out by this kind of thinking than by the financial tsunamis that plague investors every so often.

Here are a few real examples.

Roger was my good friend and CPA. He was 39 years old when he dropped dead of a heart attack on the basketball court several years ago. He was an otherwise healthy person with no history of medical problems.

According to the statistics, he should still be alive, but he isn’t. I don’t know if Roger had insurance or not – that’s not the point. The point is that most people who are 39 and healthy don’t expect to die… But they might.

Because there is a chance, even a slight chance of that happening, these people need life insurance, and they also need to do some estate planning. This is especially true if others rely on them financially.

I spoke with Deborah yesterday who bought stock in Sirius (SIRI) when it first came out. The company had $500 million in cash and a contract with Howard Stern at the time. What could possibly go wrong? Deborah invested $10k into the stock because she felt it was a sure winner. That $10k is worth less than half that today.

These are just two examples that I can name off the top of my head. Think of all your examples. I’m sure you have plenty of them.

If you want to secure your financial future, it’s vitally important that you pay attention to this trap. Am I saying that you shouldn’t ever take a flyer on an investment? Well… Not really. What I’m saying is that it’s critical to understand what you’re doing. And if you’re taking a flyer and a risk, acknowledge it and be prepared for the consequences.

Let’s look at a few examples.

Are you making uneducated decisions about your life insurance? Let’s take a look. Take a few minutes and add up all the life insurance coverage you have. Let’s say a person has $250k in coverage. At first blush, that seems like a lot of money.

Whenever I meet someone and they tell me about their life insurance, I ask them why they have the amount of coverage in place. Usually people look at me like I just asked them a question in Russian. That tells me that they’re just assuming that they have plenty of coverage – but they’re not sure why. They just figure that things will work out.

Now, I ask them what their heirs would do if they were to die. Let’s assume the insured person earns $50k/year, and that life insurance is supposed to replace her income. If the family expects to use the $250k to earn $50k each year, they’re crazy. That’s a 20% annual return.

What’s really going to happen to this family is that they’re going to exhaust this $250k in 5-6 years and then they’ll be broke. This will happen for one reason and one reason alone. The person who bought the insurance didn’t think it through because they “knew” the family would be fine.

Taking your job for granted

Let’s not restrict this to insurance and investments. Think about your job. I met a man last night who worked for, and invested in, Bear Sterns and lost everything. I mean everything. He “knew” the company was strong and he “knew” his job was secure. In reality, he didn’t know anything of the kind.

Am I asking you to live in a world of constant anxiety? No. But I am suggesting that you always have a plan B and always consider the worst-case scenarios. Have a beginner’s mindset. Assume you know nothing.

In the case of your job, your plan B should be developing a weekend job that could turn into a side business, having adequate cash reserves, or a combination of the two. If you have your own business, get a small business disability insurance policy. If not, you should still explore long-term disability insurance.

Do you operate with a beginner’s mind?

4 Responses to “Approach Your Finances With a Beginner’s Mindset”