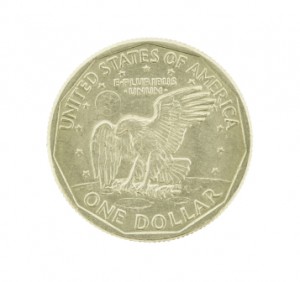 According to a recent report from NPR, the Federal Reserve has $1B worth of dollar coins just sitting around. The production of these coins stems from a 2005 Congressional mandate to produce a new series of coins honoring past Presidents. Unfortunately, the general public doesn’t seem to like them and very few people are using them.

The argument in favor of these coins is that they’re more cost-effective than paper bills. These coins have an estimated life in circulation of 30 years vs. 4 years for a paper bill. Moreover, according to the General Accountability Office, the net benefit of switching from paper to coins would be on the order of $5.5B over 30 years – not too shabby, huh?

While this sounds like a significant savings, it could more properly be described as a “profit.” The reason for this is that it only costs $0.30 to make a coin that has a $1.00 face value. To be fair, it costs even less to produce a dollar bill, but still… If you factor out this profit, which is essentially an invisible tax, the paper-to-coin transition is expected to end up costing taxpayers money.

As an interesting sidebar, the Fed has estimated that they will need to issue 1.5 dollar coins for every dollar bill they are meant to replace. This is due to differences in how people handle coins vs. bills. In other words, there’s a tendency for people to allow coins to pile up in change jars, cup holders, etc. such that they circulate more slowly than bills.

With that as a backdrop, here are some stats:

The big problem here appears to be that people just don’t like dollar coins. Thus, unless dollar bills are withdrawn from the market, it seems unlikely that we’ll see widespread adoption of dollar coins. In fact, according to the Fed:

“We have no reason to expect demand to improve. We also note that a 2008 Harris poll found that more than three fourths of people questioned continue to prefer the $1 note.”

What do you think? Do you like dollar coins? Why or why not?

As for me, I kind of like them though, to be honest, the only reason I have them is because I bought a bunch from the US Mint to break through a credit card reward tier last year. While I’ve spent quite a few of them, I’ve never actually received one in a transaction of any sort.

44 Responses to “Why Does Everybody Hate Dollar Coins?”